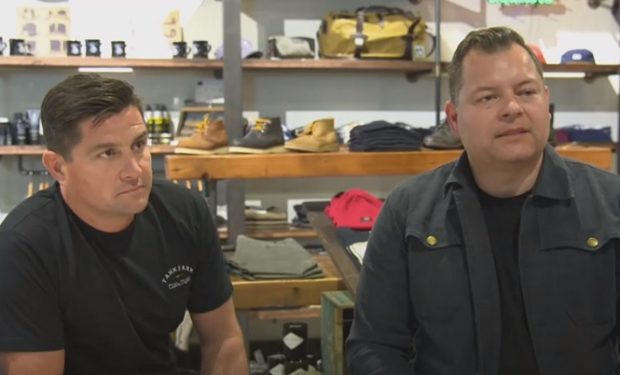 Mike and John Anderson of Tankfarm & Co. on The Profit (CNBC)

On Season 5 of The Profit, investor Marcus Lemonis travels to Seal Beach, California to check out Tankfarm & Co., a men’s clothing and supply company that was established in 2003 by two brothers, third generation screenprinters and designers Mike and John Anderson. (John is the president; Mike is the creative director.) Tankfarm & Co. had early success selling to big stores including Urban Outfitters, Nordstrom, and Bloomingdale’s. But when they opened two locations of their own, “profitability never followed.” (They opened a second location in Huntington Beach in 2016.) Lemonis initially offers the brothers $2 million: $1 million in equity and the other in a line of credit, in exchange for 50.1 percent. Yes, Lemonis wants full control. P.S. Lemonis wants to close the Huntington Beach store. But the brothers don’t act fast enough. The deal changes to $1 million for 33 percent. 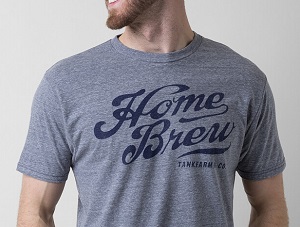 Tankfarm & Co. is known for their vintage graphic t-shirts and patchwork snapback hats. A big selling point is that the apparel is designed onsite and often made locally. Their love of craft beer is reflected in their designs. Another fun fact: John’s wife Theresa runs the flower shop Petals & Pop next door and Mike’s wife has a women’s clothing store called Stitch & Feather across the street. The Profit airs Tuesdays at 10pm on CNBC.