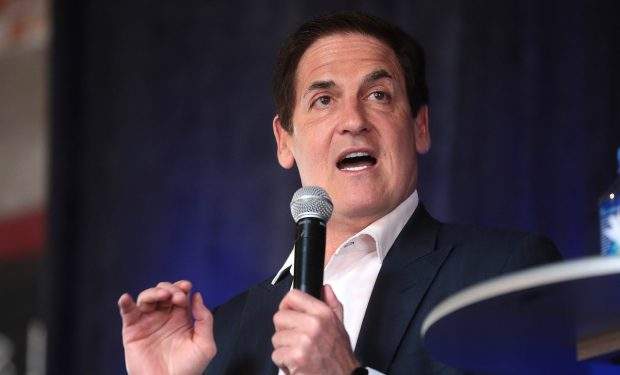 Billionaire Mark Cuban has been watching Twitter carefully since Elon Musk took over the platform. The Dallas Mavericks owner has freely offered Musk numerous ideas to improve his new toy, and even offered to pay Musk if he’ll implement some of these ideas, most notably in the case of trying to prevent medical disinformation from dangerous proliferation on the platform.

(Cuban said he would foot the bill to verify the bona fides of Musk-selected physician members of a proposed medical board for Twitter.)

Twitter is at the forefront of a war over content moderation and free speech, with Tweeters sometimes tending to yell the equivalent of “Fire” in a crowded theater — that famous old example of when free speech must legally defer to public endangerment.

People crave expertise, while at the same time they are often suspicious of experts and reasonably wary about the stifling of dissenting voices — it’s a problem all social media has to navigate. How do you enable everyone with a space to express their opinion while still keeping people safe from the obvious dangers presented by the misinformed?

Cuban has been answering back to critics of his notion — and we paraphrase — that all opinions should not be treated equally. You might, for instance, do better not to take medical advice from your lawyer or legal advice from your doctor.

That’s not to say those professionals can’t offer their thoughts, but that qualifications should count for something. On social media right now, qualifications too often get lost or are spurned outright if the qualified opinions don’t comport with a user’s established confirmation bias.

Cuban took time to respond in five parts to assertions by top Trump adviser Stephen Miller about this free speech conundrum. Miller tweeted that “removing a dissident” from social media was like relegating a Revolution-era monarchy critic to carving their message on a rock (instead of publication in one of Ben Franklin‘s newspapers?).

Cuban thought this worldview, with Twitter as the only platform, was off-base, to say the least.

Wrong. 1st. No one loses access to the platform. They can use the web to read everything. The only thing you lose is posting to your followers. 2nd there are an unlimited number of platforms to post on. Many will give you greater reach. The carving example is dumb. https://t.co/ScJKognT1D

Cuban dissects Miller’s assertion and answers in five points, before finally laughing at Miller’s claim that democracy itself would be imperiled if Twitter accounts were banned. (Miller: “Dissenting voices must have access to same platforms as everyone else or democracy is no more.”)

Cuban scoffs at Miller’s idea, saying that not only is Twitter not democratic — it’s a virtual monarchy. Cuban writes: “And the final thought that suggests Twitter is the key to democracy, when you know it’s run by one guy who makes all the decisions, again laughable. More like it’s the King telling everyone what the monthly tax is to speak up if you pay you can be heard. If not. Not.”

And the final thought that suggests Twitter is the key to democracy , when you know it’s run by one guy who makes all the decision, again laughable. More like it’s the King telling everyone what the monthly tax is to speak up if you pay you can be heard. If not. Not