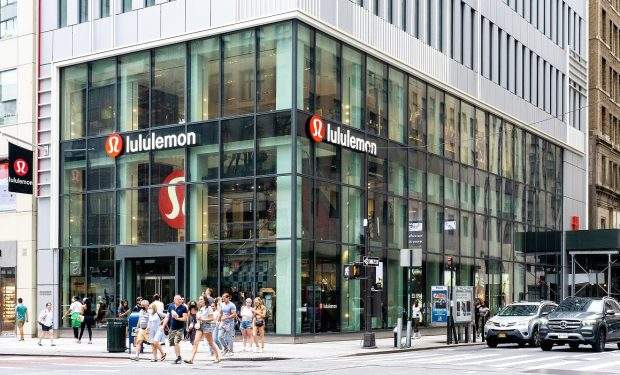 The former professional dancer Deja Riley‘s attitude and pursuit of excellence are integral to the Lululemon women’s footwear brand. A mighty influencer in the personal trainer space, Riley teamed with the storied brand to help the company create and deliver shoes that are not just designed “for women” but designed by women.

Or as Lululemon chief product officer Sun Choe says: “We not only design shoes for her. We design shoes with her.”

Riley, a quintessential ambassador for the brand, told Footwear News:

Lululemon footwear means a great deal to me, not only because it’s made for women’s first, but because my feedback along with many other women helped shape the feel and function of the shoes.

The new Lululemon women’s shoe line, which issued four designs in its inaugural 2022 year, won Launch of the Year at the 36th annual FN Achievement Awards.

You may not have known this, but the long-running FN Awards are sometimes referred to in the biz as the “Shoe Oscars“! Example: no less a shoe king than Christian Louboutin just got the FN Lifetime Achievement Award.

Here is Deja Riley, showing off the goods.