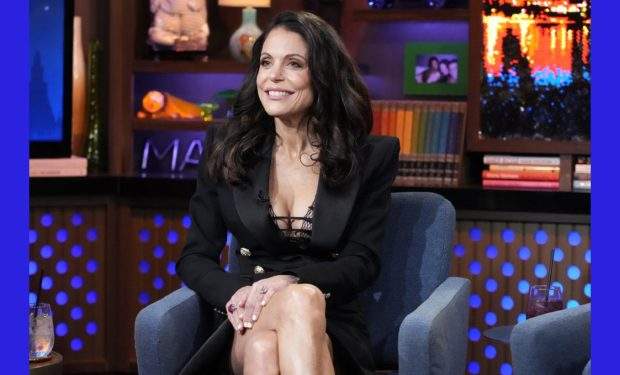 Former Real Housewives of New York City star Bethenny Frankel has made a handsome amount of money as an entrepreneur. After turning her Skinnygirl cocktail business into a $100 million food company, she started investing in other businesses.

Frankel’s chemistry with O’Leary was so great that CNBC has brought the two savvy investors together to star in a new business show, Money Court.

Watch the bloopers video above. Frankel looks terrific in a red hot pleated mini skirt and Gucci calf hair leopard-print high heels, but she has a difficult time spitting out the line, “Every decision is a business decision.” O’Leary stumbles too.

To help promote the show, Frankel brought her daughter Bryn to work. Watch O’Leary try to advocate for Bryn to receive more money from her working mom.