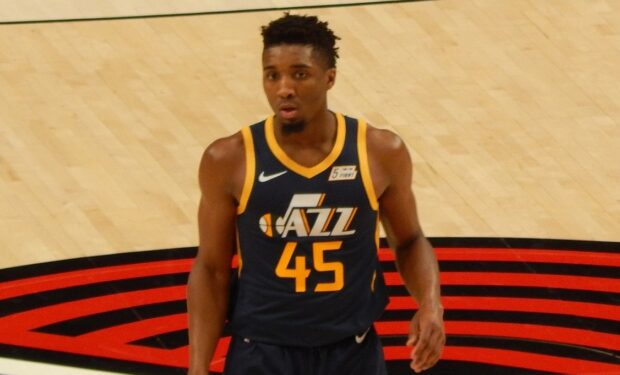 Donovan Mitchell to the Cleveland Cavaliers — it wasn’t the trade most NBA watchers expected. Most saw Mitchell putting on a Knicks jersey and trying his luck at Madison Square Garden. After all, Mitchell is an East Coast product and his nickname is Spida, as in Spiderman, that other New York City boy who can fly. It was a story ready to happen.

Nevertheless, Mitchell became a Cavalier instead.

And the rumor circulating now — most recently picked up by Yahoo — is that the Utah Jazz sent Mitchell to Cleveland spitefully, thinking he’d be less happy there. Utah doesn’t say that, of course. And ESPN’s Zach Lowe says the Jazz brass took emotion out of their Mitchell trade thought process, even if they were upset with their star. Danny Ainge, the Jazz honcho behind the move, isn’t prone to emotional mistakes. Ainge just thought this uniform didn’t fit anymore — that the future was elsewhere for Mitchell and the Jazz.

But the rumor? Why assume Mitchell would be less happy in Cleveland anyway? That makes Cleveland look bad by comparison to New York, which — while it is clearly a bigger market — simply cannot compare to Cleveland if you measure by basketball success over the last two decades.

There are marketing reasons to prefer New York to Cleveland, but basketball reasons? That’s less evident, despite the glamorous — but by now ancient — Knicks history. Though glamorous it sure was, right Clyde?

The Cavs have made five NBA Finals appearances since 2007; the Knicks have made none. It’s NBA crazy — and LeBron James‘s career proves it (he went back)– to say that Cleveland, as a basketball destination, is inferior to New York.

Ainge may have just saved Mitchell a lot of heartache, sending him to a franchise that is dedicated to trying to win, rather than sending him to tarry under the ownership of James Dolan, the Knicks desultory owner.