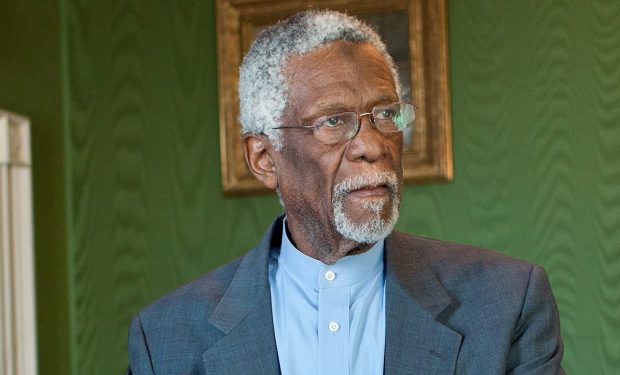 The great basketball legend and social activist Bill Russell patrolled the lane like nobody in the history of hoops — and now the Boston Celtics, for whom Russell practiced and perfected his defensive art, have painted Russell’s number 6 on the green lane of their famous parquet floor.

Be on the lookout for a special tribute to Bill Russell on the parquet this season ☘️ pic.twitter.com/Pt6IoZbekx

The number takes up an appropriate spot on the floor, of course, and it’s in a light ghosted green paint set inside the darker green. That’s also appropriate — because so many players visited that lane, had their shot blocked with such stealth by Russell, that they thought they’d been had by a ghost.

Even Wilt Chamberlain knew the wrath of Russell’s spectral presence.

Earlier this year, in response to the passing of Russell, the 11-time champion for whom the NBA Finals MVP Award is named, NBA commissioner Adam Silver announced that the NBA would retire Russell’s number 6 throughout the league, making Russell the first player so honored.