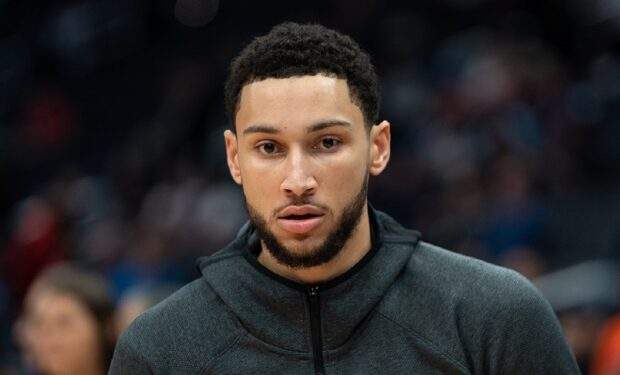 It’s safe to say Media Day isn’t the average NBA player‘s favorite day of the season — they’d rather be playing than posing. But the grateful ones know that Media Day is not just a chore, but a milestone.

As a rule, rookies and journeymen enjoy the moment more than veterans and NBA All-Stars. It marks them as having made it to the bigs.

But this year there’s an exception in Brooklyn — and his name is Ben Simmons. Simmons, though a perennial All-Star, has been absent from NBA action for more than a season due to injuries and mental health issues.

So Simmons is doing his best to appreciate the preciousness of his opportunity journeyman-style, like someone who almost didn’t make it — and he seems all (nervous?) smiles as the new NBA season gets underway.

The Nets know Simmons will need his teammates support, something he didn’t have much of in Philadelphia the last time he wore an NBA uniform. The Nets have strong veteran leadership in former Spurs guard and NBA champ Patty Mills, and Mills is in Brooklyn both to knock down shots and because he knows when to give Big Ben a hug. See video above, where Mills gives Simmons a warm hug and a slap on the chest.