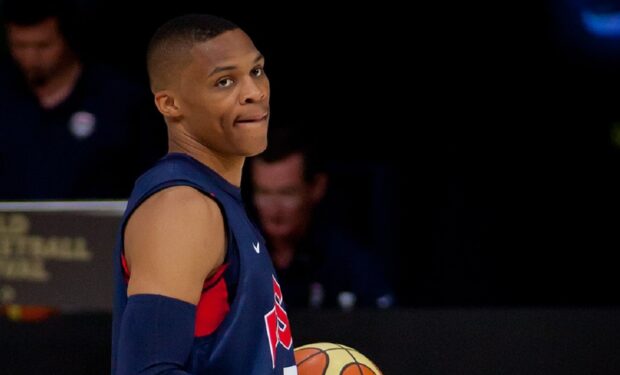 Quick history: NBA superstar and former NBA MVP Russell Westbrook is a fashion icon who is often the toast of the New York fashion elite for his style. Westbrook has his own streetwear line called Honor The Gift.

Westbrook also still plays NBA basketball, but had a disappointing season after arriving back in his native Los Angeles to play for the Lakers this past season.

The Lakers missed the playoffs. Subsequently, Westbrook deleted every post from his Instagram account — a bid to start fresh? — and trade rumors flew and keep flying.

Newest chapter: Russell Westbrook attended the fashion mecca Met Gala celebration in New York City dressed in a black skirt, tails, and a top hat by American designer Thom Browne. You can call it a kilt, if you like.

Fans had mixed reactions because it’s Russell Westbrook. “No this ain’t it,” wrote one, while another saw the pix and said, “Russ is back!”

One easy conclusion is this: Westbrook is unbowed by his subpar season and continues to live his mantra, which is WHY NOT?

Retired NBA star Dwayne Wade (above with wife Gabrielle Union) also got a little heat (sorry, Heat) for his gala attire — he forgot his shirt apparently. But Wade doesn’t hear anything like the vitriol that Westbrook brings out in fans.

In his first post upon returning to Instagram Westbrook made an attempt (below) to explain his viewpoint, essentially one of pure solipsism. It has worked for him so far, and he’s banking on it working going forward.