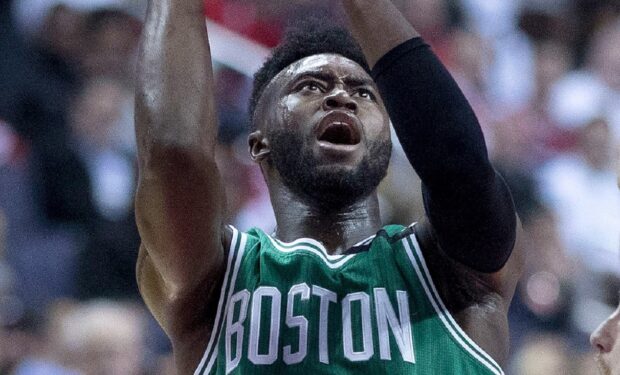 What to do with how Giannis Antetokounmpo attacks the basket — despite the players in his path –has been giving NBA referees headaches for a while now. (Sometimes Giannis goes around; other times he seems to go through.) And James Harden‘s ability to initiate contact that results in a foul call against the defender is another piece of basketball art that frequently fools the refs.

No surprise then that there’s a Reddit thread titled: “Watching Giannis get away with so many offensive fouls and get to the free throw line every time he’s touched is so frustrating when our guys can’t ever buy a call.”

The NBA game, especially in the playoffs with its heightened physicality, is proving almost impossible to referee consistently. The players are too fast and strong — and smart — and they’re all schooled in both selling and disguising their moves.

In the play below, for example, from Game 2 of the Bucks-Celtics series, it looks like Jaylen Brown just shakes and drops Grayson Allen with his great handles and footwork. But watch it in slo-mo and Brown’s off-hand tells a different story. Even the announcer says excitedly “Brown shook him.” But it’s more than that, clearly.