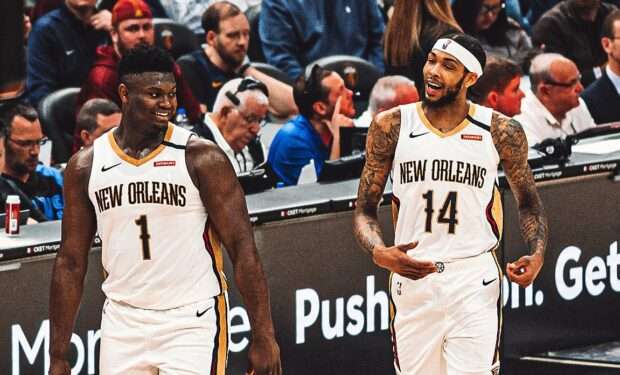 Even without Zion Williamson (left), Brandon Ingram got the win, photo: Erik Drost, CC BY 2.0, via Wikimedia Commons

Willie Green is the first-year New Orleans Pelicans coach whose team just knocked out the winningest NBA coach of all-time in Gregg Popovich and his San Antonio Spurs. But despite knocking off Pop’s Spurs, the Pelicans still weren’t through to the actual playoffs — not until they took care of more play-in tournament business against the Los Angeles Clippers.

It didn’t look too good for New Orleans going into the 4th quarter, with the Pelicans — despite Brandon Ingram‘s devastating offensive array — trailing by ten points. But then in an inspirational mic’d up NBA moment, Willie Green told his players that they weren’t “giving this up.”

“You got to fight,” Green commanded his players. And fight they did, emerging with a five point victory after erasing the ten-point deficit. Watch Green: