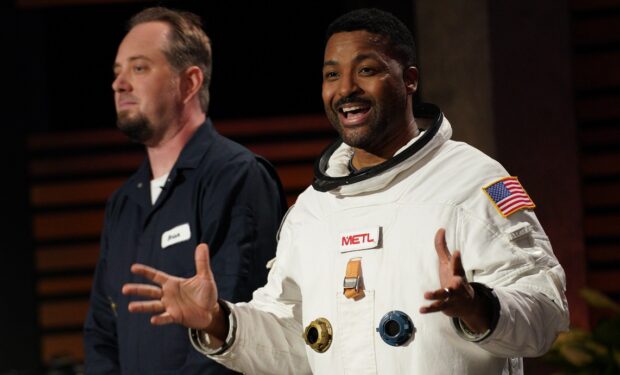 On Season 13 of Shark Tank, two entrepreneurs from Los Angeles, California, Brian Yennie and Earl Cole (the one in the NASA space suit), introduce The SMART Tire Company. SMART stands for Shape Memory Alloy Radial Technology. According to the company website, this “space-age” super-elastic tire was originally developed by NASA and is made from NiTinol+ (nickel titanium). They’re “airless, durable and will never go flat.”

Brian and Earl have the good fortune of pitching in front of Mark Cuban and Kevin O’Leary both of whom invested in Cubed Wheels, the company that makes cubed-shaped wheels for skateboards to roll faster and longer and with a better grip. Cuban also invested in one-speed Villy Bikes and KaZam Bikes.