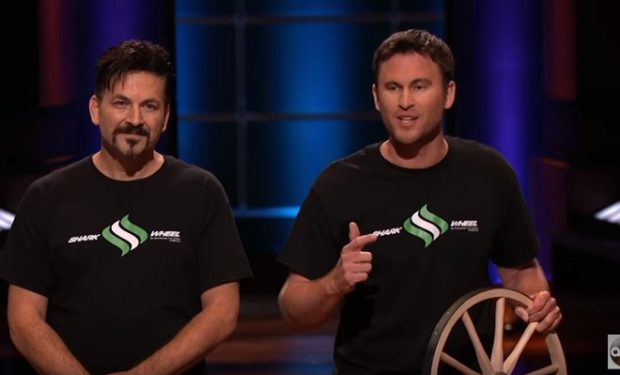 Shark Wheel, the company that makes cubed-shaped wheels for skateboards to roll faster and longer and with a better grip, was pitched on Shark Tank in May 2016. The founders, David Patrick and Zack Fleishman, made a deal with three sharks: Kevin O’Leary, Mark Cuban, and guest shark Nick Woodman of GoPro invested $225,000 for 7.5 percent equity (with a 10 percent royalty until the Sharks get their money back). The Shark Wheel inventors went into the Tank seeking $100k for 5 percent.

After Shark Tank, Shark Wheel partnered with another Shark Tank product KaZAM which bought 16,900 Shark Wheels in June 2017. (Cuban and Barbara Corcoran invested in KaZAM in May 2013.) In August 2017, the company opened investment to the public for the first time on StartEngine.com. The goal is to raise $1.07 million. As of October 18, they raised more than $466,000. Minimum investment is $250 (with that you get 25 percent off anything on the company website for up to $1000 in purchases). Shark Wheel isn’t just concerned with skateboards. They are currently working on 10 industrial products using the Shark Wheel technology — luggage, farming irrigation, ambulance cots, pallet jacks, hospital beds, and more.