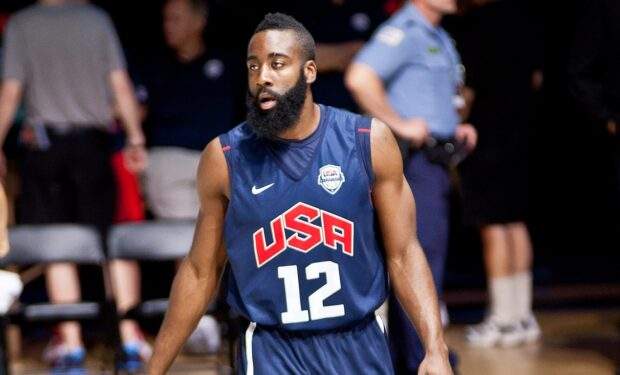 James Harden of the Brooklyn Nets is a bona fide NBA superstar and former league MVP. He is an indisputably great basketball player. Harden is smart, team-oriented, and a guy who shows up to play and do what the team needs. No doubt about it. We repeat: Harden has earned his superstar status and he’s a terror for other teams.

But man, just like the rest of us, Harden will once in a while do something that looks so wrong! Now with most people, the camera’s not there. Harden doesn’t have that luxury, and so you have the play below. Even though Harden is a hard-working player, generous with the ball far beyond his reputation, and a solid team defender most of the time, he did this.

All the video game-inspired comments like “Harden’s controller dead” and “he out of batteries” are spot on, right? Because he does look, well, laggy on the play. Technically if he touches the ball it’s a backcourt violation — that’s too bad, but it’s not an automatic two points for the opponent. What Harden did — or didn’t — do is an automatic two!

Instead of picking the ball up, Harden just lets the opponent waltz in for the bucket. It’s amazing really. This comment nails it: “Attempting to restore connection … 19 seconds remaining.”

But as we said, it’s just a glitch, three seconds in glorious career. NBA basketball is hard and tiring and mentally exhausting. It’s surprising more players don’t glitch more often. Anyway, here’s the real Harden at work. You’ll see a lot more of this guy than the one above.

A post shared by The Art of Shooting (@shootingod)