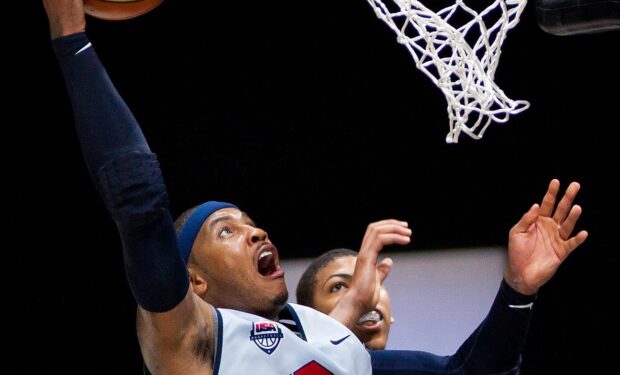 NBA superstar Carmelo Anthony spoke in cool tones about his hot new kicks, the Air Jordan 36 Wine Edition. The newly minted 9th leading scorer in NBA history (he surpassed the late NBA legend Moses Malone), Melo dropped a bunch of points the same night he spilled the wine, a flurry that made NBA.com lead with the headline “Carmelo Anthony Runs Wild” as the Lakers started surging in Week 2. Below, Melo talks about the wine edition and its singular bordeaux colorway.

Talking about honoring the history while also “building this iconic brand,” Melo says “I think that’s what life is about. You have to honor the past but also look forward to the future, and I think that’s what we did with the actual Bordeauxs.”

The comments drip with “Melo cool” and that’s not even including when he laces them up. Here’s how the future Hall of Famer zoomed past Moses. And he doesn’t fail to keep his eyes on the prize either: “The goal remains the same,” he writes. That means a championship.