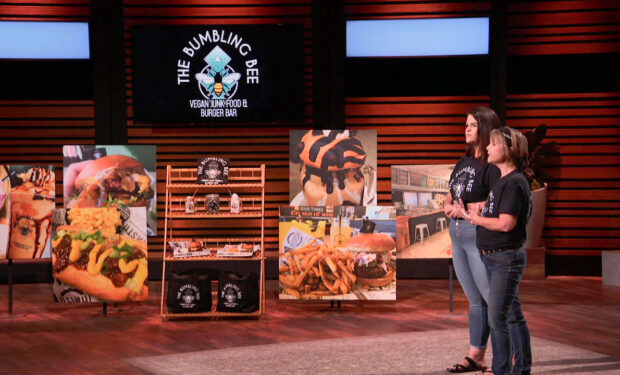 On Season 12 of Shark Tank, a mother and daughter duo from Virginia Beach, Virginia, India Ayala and Cassandra Ayala, proves vegan food doesn’t have to be boring or non-indulgent when they pitch their business, The Bumbling Bee. They described it as a vegan “junk food” and burger bar.

They have the good fortune of pitching in front of billionaire Mark Cuban who has invested in several vegan business including Wanna Date? (date spreads) and indulgent food bars including Fat Shack, among others.