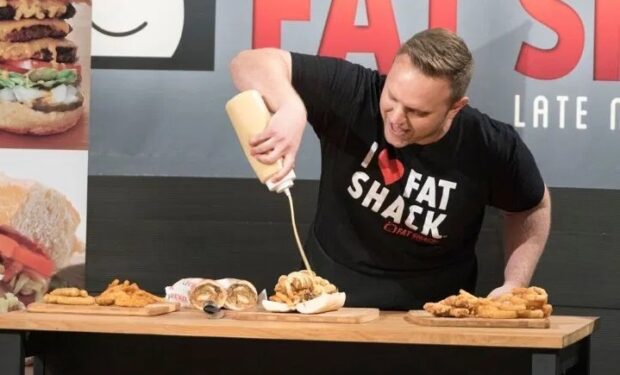 Fat Shack is a restaurant franchise business that serves super fatty food including a 2,000-calorie sandwich stuffed with bacon, macaroni and cheese and french fries. The entrepreneur behind Fat Shack, Tom Armenti of Fort Collins, Colorado, pitched his late-night cravings food business on the Season 10 finale of Shark Tank.

Armenti went into the Tank seeking an investment of $250,000 in exchange for 7.5 percent equity. He accepted Mark Cuban’s offer: $250k for 15 percent.

When the episode first aired in May 2019, there were 11 Fat Shacks (9 of them franchises). In July 2020, there are now 20 Fat Shacks — 10 in Colorado, 4 in Texas, 2 in Kansas, 2 in Washington, 2 in Chicago, Illinois and two more new stores opening in Philadelphia and Clarksville, Tennessee.

Fat Shack reports that since the initial airing of the Shark Tank episode, the company has received more than 3,000 franchise inquires.