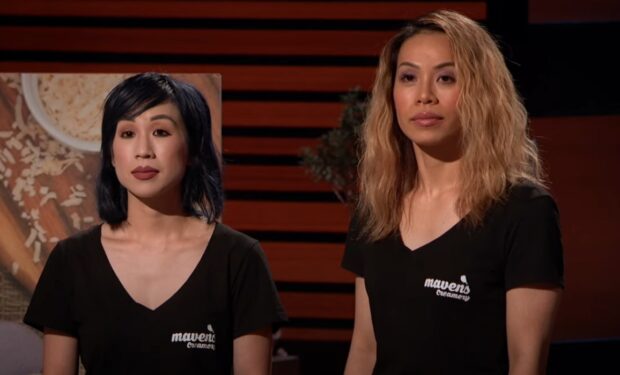 The Nguygen sisters went into the Tank seeking an investment of $400,000 in exchange for 10 percent equity. They left with a deal with Barbara Corcoran: $400,000 for 25 percent.

After the Shark Tank episode originally aired in 2019, the deal with Barbara Corcoran didn’t come to fruition but that hasn’t stopped the Nguyens from rolling out new flavors like Chocolate Chip Cookie Dough with Vanilla Ice Cream (see below) and launching a new product, Mavens Creamery Frozen Cheesecake Macaron Sandwiches!