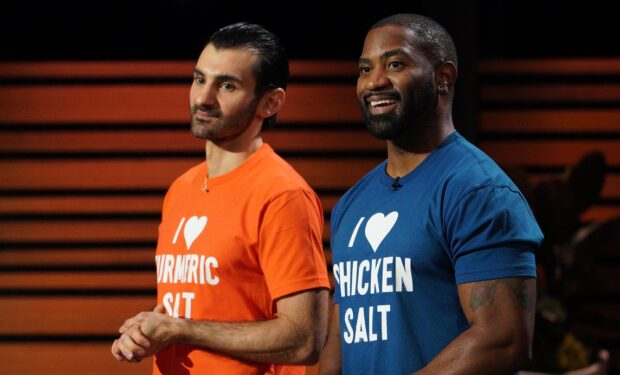 On Season 12 of Shark Tank, two entrepreneurs from Los Angeles (Khasha Touloei and Maynard Okereke) try to prove that they’re worth their salt as they pitch a healthy alternative to the seasoning staple (table salt). Under the brand name Jada Spices, they sell two vegan seasonings — Chicken Salt and Turmeric Salt in a variety of flavors — and a new plant-based “chicken product.”

During the Jada Spices pitch on Shark Tank, Maynard turns to billionaire Mark Cuban (who recently became a vegetarian) and asks, “Are you treating to eat healthier but your vegan chili recipe keeps turning out bland?” and suggests he throws some Chicken Salt on it.

On Shark Tank, Jada Spices seeks an investment of $250,000 in exchange for 20 percent equity.