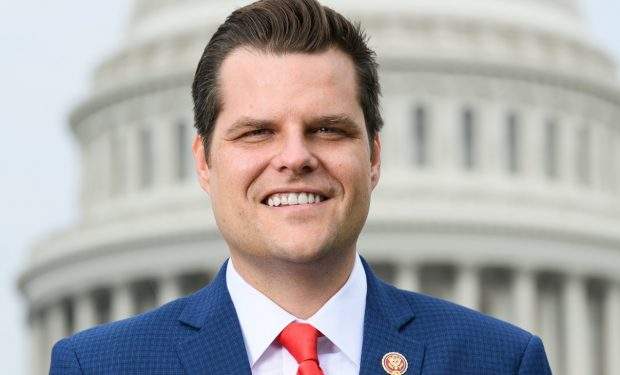 Florida Republican Representative Matt Gaetz has been making headlines for his provocative posts on Twitter. As it did with President Trump, Twitter has placed a warning on one of the congressman’s tweets for “glorifying violence.”

According to the New York Times, Gaetz’s post had “likened protesters to terrorists and called for them to be hunted down.” Gaetz responded to the social media company’s action: “Their warning is my badge of honor.”

The 38-year-old single U.S. Representative was raised in Hollywood, Florida in the house that used for the 1998 movie The Truman Show starring Jim Carrey as Truman Burbank, a man who is always on television. Truman is unaware of being a subject — he lives in a house and in a world of deception that steals his reality for corporate profit.

Gaetz’s parents (his father Don Gaetz served as a Republican member of the Florida State Senate from 2006 to 2016) still live in the house.

And according to The Washington Post, which describes Matt Gaetz as “the congressman who is always on television,” there is a sign on the Gaetz’s white picket fence that says, THE TRUMAN HOUSE.

Gaetz recently traveled to Florida with Trump on Air Force One, as seen in the photos above and below.