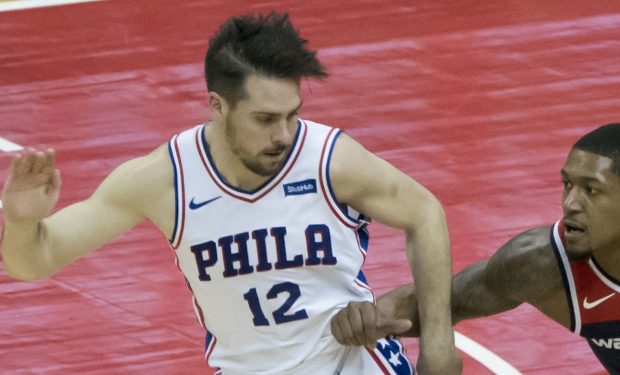 T.J. McConnell is the 27-year-old NBA point guard playing for the Indiana Pacers. He played college basketball at Duquesne for two years before transferring to Arizona, where he helped the Wildcats make it to two appearances in the Elite Eight of the NCAA Tournament.

When not on a court, McConnell spends time with his gorgeous wife of three years, his high school sweetheart, Valerie nee Guiliani McConnell, who looks amazing in all of these bikini pics!

In the first one she says she’s very grateful for moments like this. Well obviously so are her followers! Not to mention T.J.!

She’s on the left in the double bikini pics below!

The Pacers face the Toronto Raptors next on Friday, February 7 at 8 pm on ESPN.