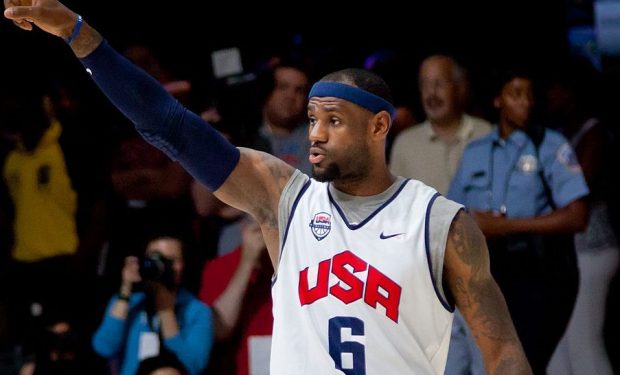 In his recent beef with rapper and Portland Trail Blazers All-Star Damian Lillard, NBA legend Shaquille O’Neal memorably said why should I wanna be a rapper — rappers wanna be Shaq! And it’s true. Flowing on stage and flying in for a dunk have their similarities, but even big stars like to imagine switching lanes, trying on the other star’s shoes.

The primo recent example comes from NBA superstar LeBron James‘s Instagram share. This is a dude who does whatever he wants, a man whose nickname is “King.”

But LeBron still has those rock star feels. There is a reason why if you crush it in any industry they call you a rock star. Rock star artist. Rock star baller. Rock star designer. And the name most associated with rock stardom?

That would be Mick Jagger, frontman of the legendary Rolling Stones. (Yes, we hear you Robert Plant, Keith Richards, Pete Townsend, but still…)

LeBron didn’t pick those guys. He wrote: “Rolling Stone aka Bron Jagger!” So far he has not tried to trademark the name!