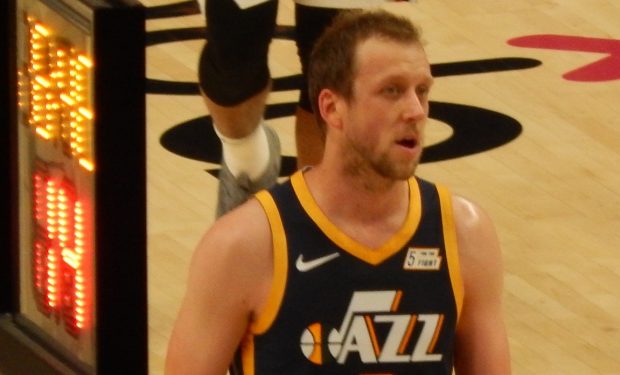 Joe Ingles is the 6’7″ Australian small forward playing for the Utah Jazz in the NBA. The Jazz acquired Ingles in October 2014 and he has been playing with the team ever since. In October 2019, Ingles, 32, signed a one-year $14 million extension with the Jazz.

When not on the court, Ingles spends time with his gorgeous 5’10” wife of four years, Renae Ingles, who was also a professional athlete. The 33-year-old world champion netballer (similar to basketball) just announced her retirement from the sport in August 2019. The Ingles are parents of adorable 3-year-old twins — one boy and one girl.

Check out Renae in action!

The Utah Jazz vs Memphis Grizzlies game will broadcast live from FedExForum on Friday, November 15 at 8 pm on EPSN.