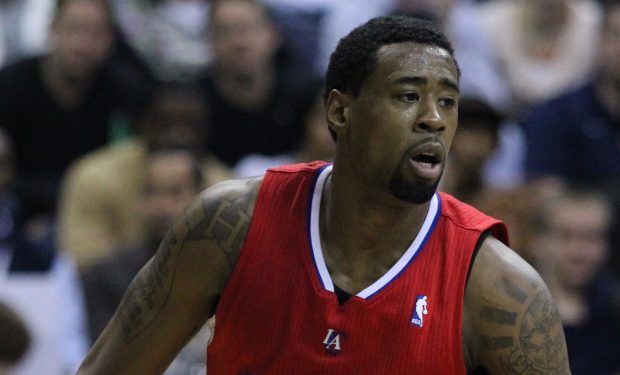 DeAndre Jordan is the 6’11” NBA center now playing for the Brooklyn Nets. The 31-year-old played one year at Texas A&M University before being selected by the Los Angeles Clippers in the 2008 NBA Draft.

He played with the Clippers for ten years, then played one year with the Dallas Mavericks, and another with the New York Knicks before signing with the Nets in July 2019. He reportedly signed a four-year contract worth $40 million.

When not on the court, Jordan spends time with his gorgeous girlfriend Bethany Gerber. The former Miss Kansas (2009) looks amazing in bikinis. In the group photo below, swipe two-times, she’s the one in the green bikini jumping high in the air!

For the bikini dive video below, Gerber captioned it: ” ..And then everyone saw me naked.”

The Houston Rockets vs. Brooklyn Nets game will broadcast live from Barclays Center on Friday, November 1 at 7 pm on ESPN.