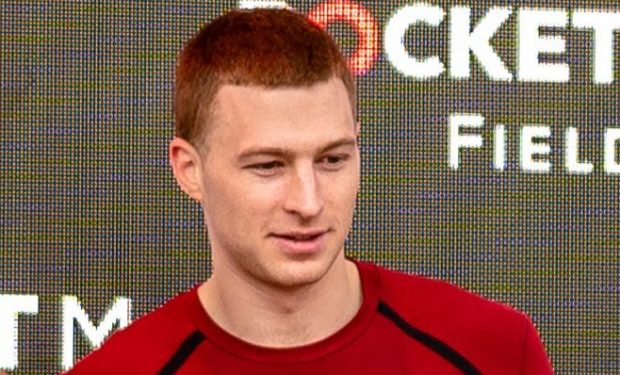 Dylan Windler is the 6’8” NBA rookie shooting guard/small forward playing with the Cleveland Cavaliers. He played four years of college basketball for the Belmont Bruins before he was selected (26th overall) by the Cavs in the 2019 NBA Draft. In July, he signed with the Cavs, as did fellow rookies Darius Garland (Vanderbilt) and Kevin Porter, Jr. (Tennessee).

When not on the court, 23-year-old Windler spends time with his gorgeous girlfriend Lauren Rau, who looks amazing in bikinis on the beach!

The 5’5″ blonde played basketball, too, at Lipscomb University, as a guard! In high school, she was a four-time letter winner in basketball and three-time in track!