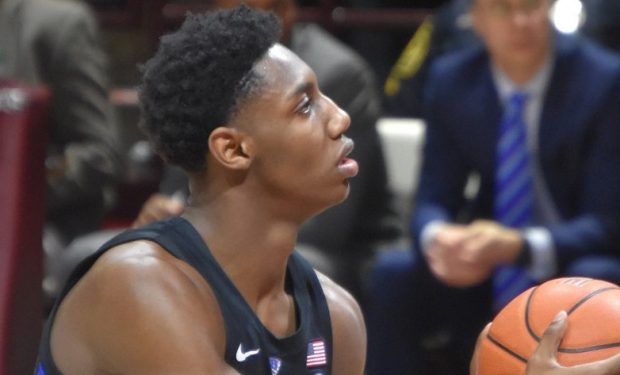 R.J. Barrett is the dynamic New York Knicks rookie and top draft choice that the woebegone franchise hopes to build around for future success. Coach David Fizdale is charged with making that future happen, and the strain is already showing on the man — understandably. The Knicks are 1-6 so far.

Barrett is playing a lot of minutes per game, far more than any other rookie. Since these days “load management” — e.g., limited minutes for valuable players — is a big deal in the NBA, some wonder if Barrett’s minutes are being spent unwisely for a team that can’t compete.

Basically, Fizdale thinks that’s dumb. Barrett is 19 years old — he could play all day. Why would he sit Barrett on the bench when he’s healthy and strong and learning the NBA game? Benching Barrett for load management is “crap” to Fizdale. Former Knick Latrell Spreewell “averaged 42 minutes a game,” Fiz points out.

About Barrett, Fizdale says: “He’s got the day off tomorrow. We gotta get off this load management crap.”