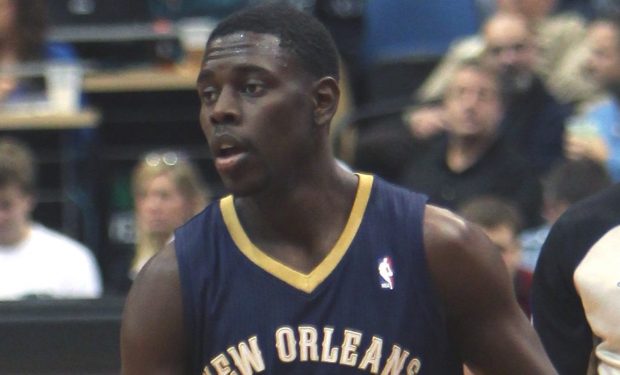 Jrue Holiday is the 29-year-old guard starting for the New Orleans Pelicans with Lonzo Ball and rookie Zion Williamson. After playing college basketball with the UCLA Bruins for one season, Holiday was selected by the Philadelphia 76ers in the 2009 NBA draft. He was traded to the Pelicans in 2013.

The couple met at UCLA, where Cheney set new school records for points (173) and game-winning goals (28); and tied the career school record in goals with 71, among other off-the-charts accolades.

In 2016, Jrue took leave from the Pelicans when Lauren had brain surgery just weeks after giving birth to their daughter, Jrue Tyler Holiday. The tumor was successfully removed and little Jrue appears to be one happy and health little girl! In August, according to US Soccer WNT, little Jrue was “vying for that 2035 World Cup roster spot.” Cute video below…

The New Orleans Pelicans vs. New York Knicks will be broadcast live from Madison Square Garden on Friday, October 18 at 8 pm on TNT.