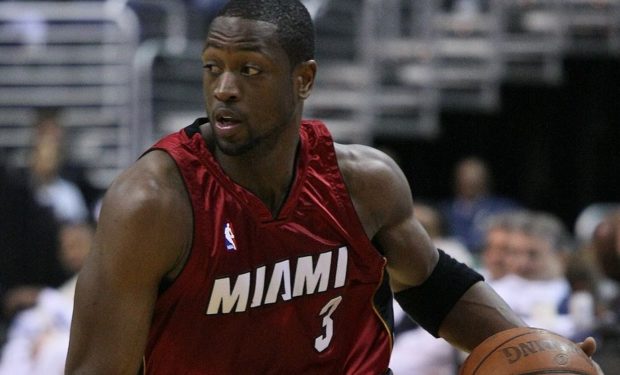 “Got the DOGG behind me,” writes NBA legend Dwyane Wade. Yeah man that’s Snoop DOGG. Wade moved his growing business and big fun operation to LA after retiring. Wade sure looks at home among the celebs and cameras.

With his wife, actress Gabrielle Union, being Hollywood royalty and his best pal LeBron James trying to work some LA magic too, Wade made an easy transition. Part of the reason it’s been so smooth is that Wade just fits in in Hollywood — he’s got that gleam and the aura of success (3x NBA champ) that plays well in tinsel town. Plus, you know, he’s a star.

It’s just Halloween, but who can’t see the 6’5″ Wade having a role in a Black Panther sequel?

Fans are crazy for Wade’s look, especially the boots! “Nice outfit bro 🔥” goes a typical comment. And “there’s a lot of swag in this photo 🔥 here for it all.” Wade’s former NBA teammate Udonis Haslem called him out for pretty much always dressing like a Black Panther star.

“So y’all gone dress how y’all normally dress and call it a costume?? ” Haslem writes. And come to think of it, here’s Wade not in costume! With Haslem.