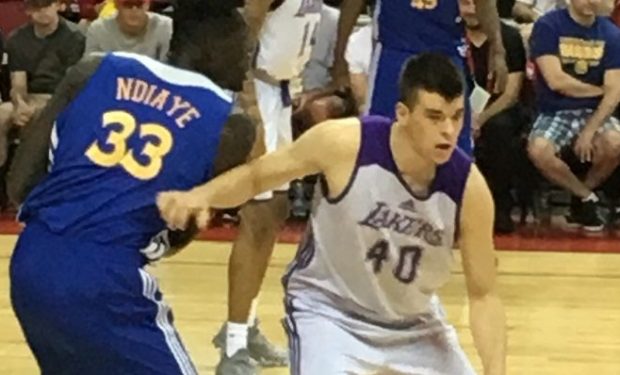 Ivica Zubac is the 7’1” professional basketball player from Bosnia (who identifies as a Croatian) drafted by the Los Angeles Lakers in the 2016 NBA Draft. In February, he and Michael Beasley were traded to the Los Angeles Clippers for Mike Muscala, who’s now with the Oklahoma City Thunder.

During the pre-season, Zubac purchased a home for $3.1 million in the Los Angeles neighborhood of Mar Vista. The five-bedroom, six-bathroom modern home includes a built-in BBQ area and wet bar, among other amenities.

The Los Angeles Lakers vs Los Angeles Clippers game will be broadcast live from Staples Center on Tuesday, October 22 at 10:30 pm on TNT, right after the New Orleans vs. Toronto Raptors game at 8 pm.