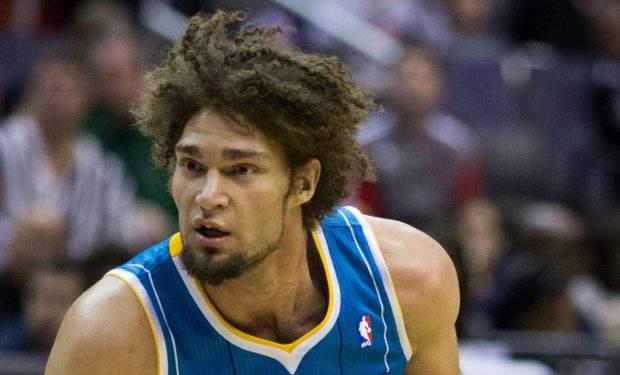 Robin Lopez is the 7-foot-tall center on the Milwaukee Bucks. But he’s not the only one! He’s playing alongside his twin brother, fellow NBA center Brook Lopez, whom he also played with at Stanford before being selected by the Phoenix Suns in the 2008 NBA Draft. (Brook was drafted by the New Jersey Nets.) Robin signed with the Bucks in July 2019, one year after Brook signed with the team.

When not on the court, Robin Lopez spends time with his gorgeous girlfriend Christine Vargas who looks amazing in bikinis. Although in the caption above she says she “Will spontaneously combust after posting this from the embarrassment of how curated this is.”

And for the photo above she writes: “The thought of posting this picture gives me pure anxiety but here we are lol.” It shouldn’t cause her anything but bliss!

The Milwaukee Bucks vs Houston Rockets game will broadcast live from Toyota Center on Thursday, October 24 at 8 pm on TNT.