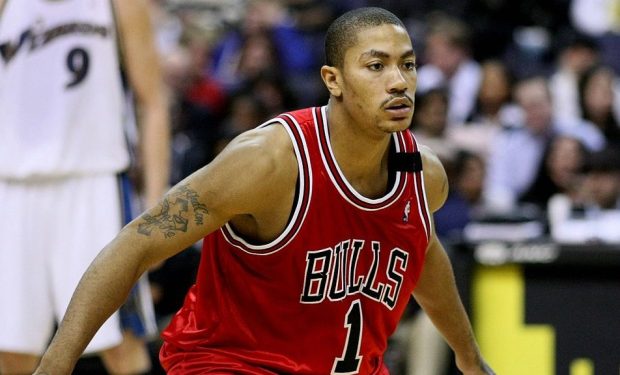 Isaiah Thomas, the dynamic journeyman guard and NBA All-Star, believes that Derrick Rose belongs in the Naismith Memorial Basketball Hall of Fame when his career is over. Thomas’s rational for this belief is simple — it’s based almost entirely on the incredible season Rose had in 2010-11.

In 2011 wunderkind Derrick Rose of the Chicago Bulls became the youngest player (age 22) in NBA history to win the NBA MVP Award. Rose was a basketball prodigy, a physically gifted player who saw the game like few others could — through eyes like those of Magic Johnson.

Rose could flat-out ball, in other words, in an otherworldly way. He still can, too — last year Rose went for 50 to cap off a comeback season that saw him return to All-Star form. But it’s not the comeback that inspires Thomas to say Rose deserves a Hall nod. Thomas believes that anybody who wins the NBA MVP Award belongs in the Hall of Fame. Period.

Hampered by injuries, and frustratingly doubted by basketball fans who should know better, Rose has persevered. Yet there is no getting around the fact that he won’t have the career many wished for him as he accepted the MVP Award in 2011.

Due to injury, Rose didn’t play a single game in 2012-13 NBA season. The next year he played just ten games. During the 2017-18 season he started a total of 14 games. (In his MVP season, Rose started and played in 81 regular season games.)

But Thomas has a very valid point, based on historical data alone. A list of NBA MVPs finds nobody who didn’t make the Hall of Fame when they were eligible. The Hall of Fame fate of recent winners like Russell Westbrook and James Harden, of course, remains undecided — but they are sure to be elected when their time comes. Thomas poses an interesting question about NBA career longevity vs. brilliance in the short run. Is he right?

It would seem that if you were the very best player in the world for a year — as Derrick Rose was in 2010-11 — then the Basketball Hall of Fame could make room for you.