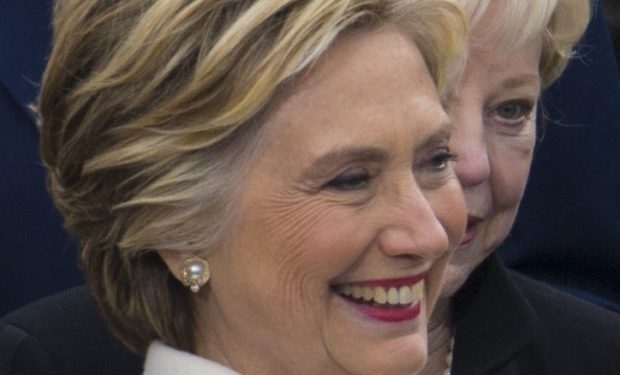 The Fox News headline reads: “Biden’s campaign likely coming to an end — thanks to Clinton-linked Ukraine bombshell, Nunes says.” Viewers who aren’t Fox News regulars may be surprised at the reference to Hillary Clinton coming seemingly out of nowhere in a the hot whistleblower story that alleges President Donald Trump engaged in a quid pro quo with the leader of Ukraine. (The alleged deal : investigate Democratic rival Joe Biden and his son or else the U.S. will withhold critical financial aid.)

But Fox regulars won’t be surprised. Because at Fox, Hillary Clinton never leaves the stage. Clinton is to Fox News what Brad Pitt and Angelina Jolie/Jennifer Aniston are to supermarket tabloids — an evergreen story people can’t get enough of, even if there’s little or nothing new to say.

The story stems from Republican heavyweight Rep. Devin Nunes of California, whose mention of Clinton gave Fox its “bombshell” headline. Speaking on Fox’s “Sunday Morning Futures” show, Nunes told Maria Bartiromo that the story of VP Joe Biden and his son’s involvement in Ukraine are “stories first originated back when Hillary Clinton was trying to make sure Biden didn’t get in the race.”

Linking any potential corruption, even by President Trump, to Hillary Clinton is a strategy that works for Fox’s ratings. Expect Clinton to continue to be a big part of the election narrative even though she isn’t running.