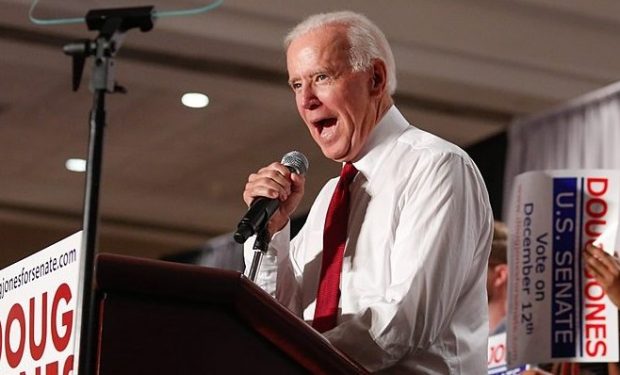 The headline refers to Republican Representative Devin Nunes of California, who said everything but “lock her up” in his so-called “bombshell” on Fox’s “Sunday Morning Futures” show. The “money honey” anchor Maria Bartiromo gave Nunes, the leading Republican on the House Intelligence Committee, wide latitude to trumpet innuendo on the Fox platform. Nunes took advantage, giving Fox its “Biden Campaign coming to an end” headline.

Addressing the Biden family’s alleged Ukraine business links that President Trump allegedly wanted the Ukraine to investigate, Nunes tied the story to Hillary Clinton — the gift Republicans obviously hope will keep on giving. (He did not say “crooked Hillary” but one would need a tin ear not to hear the implication.)

The Biden-Ukraine “stories first originated back when Hillary Clinton was trying to make sure Biden didn’t get in the race,” Nunez said, referring to the last presidential election.

“So now that these have been resurrected, I don’t know who came up with the scheme — maybe this whistleblower really is not a partisan. We want to hear from that whistleblower, but it sure looks like the scheme has backfired. And, like I said, it looks like this is the end of Biden’s campaign. I really do… his lead is basically down to zero.”