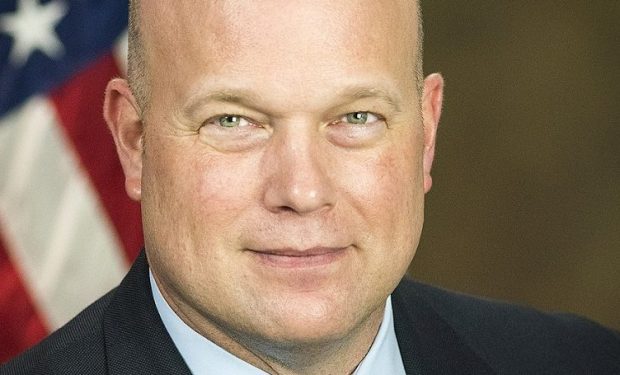 Matthew Whitaker said on Fox News that the controversy surrounding a whistleblower who allegedly reported suspicious activity between Donald Trump and a foreign leader is a “nothing burger” dreamed up by someone in “the deep state.” Fox is stressing this narrative on the front page of its website and on its cable channels.

Whitaker was the Acting Attorney General of the United States from November 7, 2018, to February 14, 2019 before Donald Trump appointed William Barr to the AG post. (It is, of course, Barr’s second time in the seat — he was AG under George H.W. Bush, too.)

Speaking on the Fox News platform The Story with Martha McCallum, Whitaker said: “This is a clear example of someone from the Deep State … from the intelligence community,” Whitaker said, calling the the interest in the report by a whistleblower “completely overblown.” He also said it was “outrageous conduct.”

Whitaker, who was rumored to be considered for the AG post before Barr’s appointment, knows something about what Fox News and President Trump are fond of calling the “Deep State” — a sort of shadow government, in their estimation, run by entrenched bureaucrats unaffected by elections. Whitaker, 49, was first nominated to be a US Attorney in 2004 by George W. Bush.