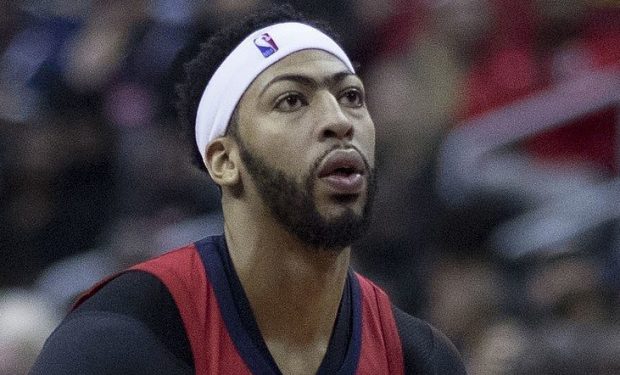 That’s really the whole story, in the headline — Anthony Davis and his giant hand on the shoulder of Apple’s beaming Tim Cook. You’d think Apple honcho Tim Cook, being a Cupertino guy and head of a dynasty, would be a Golden State Warriors guy. (Because the Warriors are the Bay Area local team and a dynasty themselves, of course.)

Cook may well be a Steph Curry fanatic, but it’s clear that — like a lot of California hoop fans — it’s time to consider Anthony Davis and the Los Angeles Lakers afresh. It’s worth noting that Cook and Apple and the Lakers have one thing historically in common: Showtime!

Apple co-founder and resident genius, the late Steve Jobs, made an art of showtime at Apple, and Cook has continued the trend — far better than anyone might have reasonably hoped. Now can Davis do for LA what Kareem and Shaq did at center for the Lakers? If he makes Lakers fans anywhere near as happy as he obviously makes Cook in the photo above at the big Apple event, then wow, dynasty in the making.