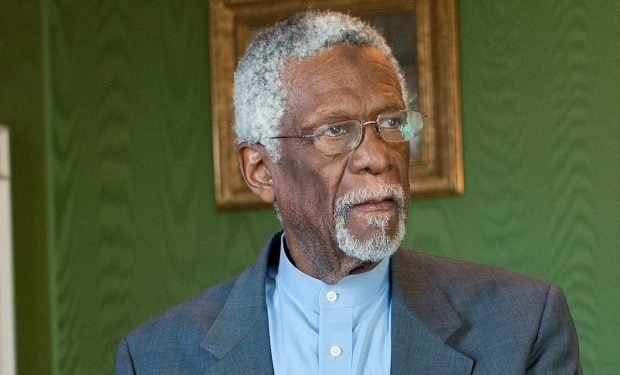 Former Saturday Night Live star Tracy Morgan is hosting the 2019 ESPYS Awards at the Microsoft Theater in Los Angeles. Top athletes will be honored at the 27th annual event, and the Arthur Ashe Courage Award will be presented to 85-year-old NBA legend Bill Russell, and the Pat Tillman for Service Award will be presented to U.S. Marine Corps veteran Kirstie Ennis. Russell will be accompanied by Jeannine, the woman known to Russell’s social media followers as his wife.

According to an ESPN interview, Jeannine has been helping Russell with his presence on social media. When Russell posted a photo of himself wearing his President’s Medal of Freedom bestowed on him by President Obama and taking a knee, to show support of the NFL players who were doing so during the national anthem, the photo went viral.

Jeannine told ESPN, “I was telling Bill the photograph kept getting retweeted, and he said, ‘What are you talking about?'” Russell admitted to being “new” to social media. He first posted on Twitter in February 2018.

Russell was married three times prior to Jeannine. His first wife was his University of San Francisco college sweetheart Rose Swisher (1956 to 1973), the mother of his three children. His second wife was 1968 Miss USA Dorothy Anstett (1977 to 1980). Their marriage was considered controversial by mamy at the time because Anstett is white; interracial marriage wasn’t made legal in the U.S. until 1967 and was still relatively rare in 1977.

Russell married his third wife Marilyn Nault in 1996 and they were together until her death in 2009.

The 2019 ESPY Awards will air live on Wednesday, July 10 at 8 pm on ABC. Any tweets about it by Bill Russell will likely be courtesy of Jeannine.