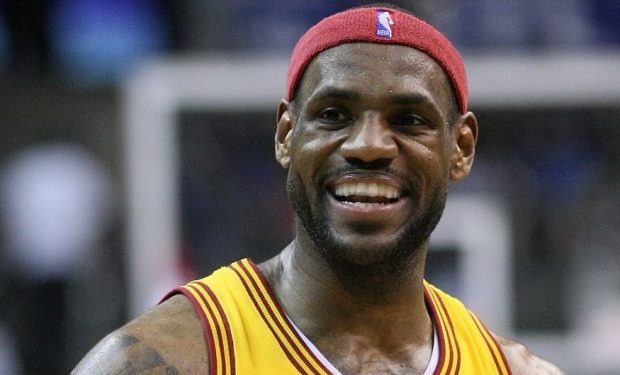 LeBron James #23 is back, photo: Keith Allison via Wikimedia Commons

One of the first things that the reconstituted Lakers did was present a great symbol of sharing between new teammates LeBron James and Anthony Davis. Davis has worn #23 throughout his career and so has James (mostly), so with Davis arriving in LA James immediately surrendered his desirable digits.

James was happy to wear #6 instead — after all he won two of his three titles wearing #6 for the Miami Heat.

In other words, James doesn’t care what’s on his back — as long as it’s not a whole roster of guys who aren’t good enough to win, like what he had on his back his first year in LA. Giving Davis his jersey digits was easy, and a good symbolic gesture of how they’re going to share the ball and the glory as teammates.

But in a breakdown of the latest Lakers news, that jersey number gift has been rescinded. Not because James had second thoughts, but because Nike “could not accommodate” the number change request at such a late date, according to a report by Yahoo Sports. Number changes like that need to be in the books by mid-March for Nike to make it work. Note: Nike makes a lot of LeBron jerseys to sell, and they need some stability for inventory!

The NBA, however, has basically thrown stability to the wind this off-season. Of the 24 players in the NBA All-Star Game last year, only seven are still with the team they played for then.

Davis will wear #3. The Lakers are hoping the rest of the passes LeBron throws to AD are much more successful.