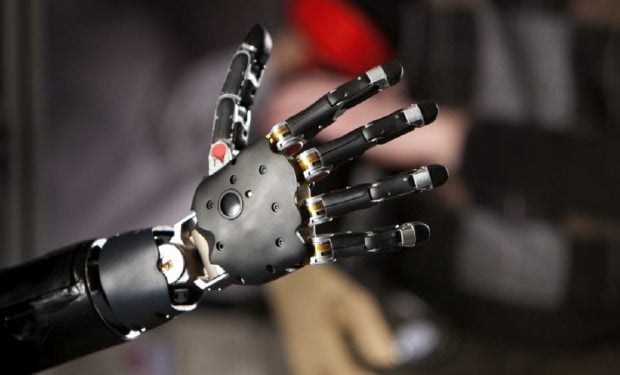 Astonishing advances in technology have made possible the use of a robotic limb replacement for amputees that is controlled by the human mind! Until now such  prostheses have required a brain implant to control them. Now research teams at Carnegie Mellon University and the University of Minnesota have developed a robotic prosthetic arm that can be controlled by the human brain trained to decode neural signals without the need for an implant.

A brain implant carries risks and is also difficult to insert, requiring great skill and precision. It is also very expensive. For these reasons, few people needing such a prosthesis have received one, although help may soon be on the way.

But what about the possibility that a normal two-armed person could use an extra arm? How many times have you heard someone say they wished they had a third hand? There are of course some minor details such as where and how to insert such a device and how the brain can be trained to control it; but technology marches forward, so you never know!