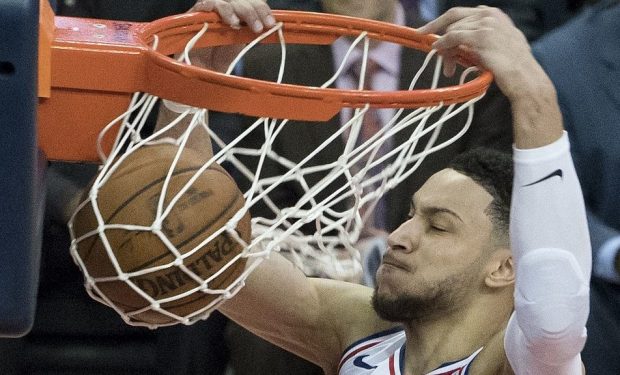 That’s the last step, many think, in the vaunted Process. Simmons is so good he won NBA Rookie of the Year without really having, by his own sheepish admission, much of a jumper. So Ben Simmons’s jumper is considered the missing link, the holy grail, the El Dorado — pick your own favorite term for the ultimate.

Playoff opponents sagged off Simmons like he was the guy at the YMCA wearing jeans in the game. Above is evidence — or at least the hope — that those days are over. Watch Simmons knock down j’s from all over.