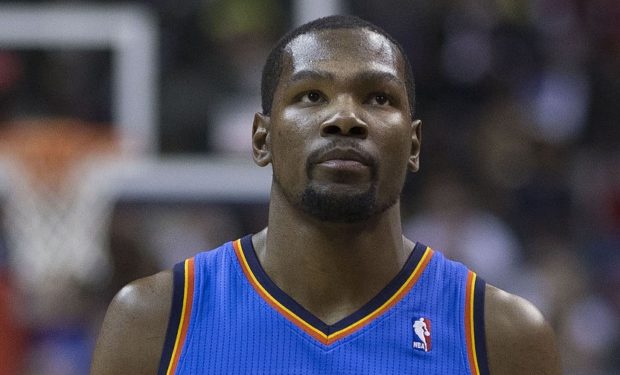 Brian Scalabrine did all the little things — and sometimes the big things — on the basketball court that coaches love. He was rewarded by a long NBA career that included an NBA title with the 2008 Boston Celtics. So when Scalabrine chimes in on today’s NBA moves, he commands plenty of respect. Like everybody else in the basketball world Scalabrine has been talking about Kevin Durant leaving the Warriors — but Scalabrine is one of the few to mention KD ditching the Bay for the rosy future of Mark Cuban‘s Dallas Mavericks.

Fun times yesterday at Arlington town day. These guys told me they are all going to the league.

In fact, on the Ben and Skin show on The Fan, Scalabrine listed a bunch of reasons Durant should be looking hard at Dallas, and vice-versa.

The last two are summarized by Scalabrine this way: “If I’m Kevin Durant and I could join Porzingis and Doncic, I’m having that conversation.” It may also be notable to point out that neither of the Mavericks current superstars (Porzingis and Doncic) play Durant’s position. Doncic and Durant are highly versatile in positioning.