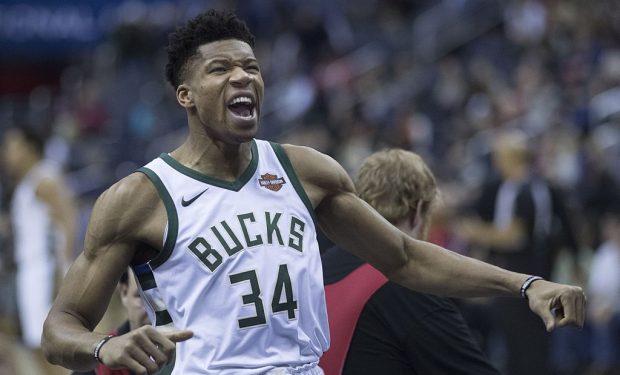 Giannis Antetokounmpo gave the most emotional NBA MVP acceptance speech since Kevin Durant in 2014 — and the two speeches will likely go down in history as the greatest tearjerkers ever delivered by 7-footers in suits. Giannis wept from the start, thanking his teammates and his amazing family, dwelling on his late dad — and his mom in the audience.

The speech was utterly authentic — Giannis is his own man most definitely — but the resemblances to Durant’s heartrending speech were striking. The impact that KD’s speech had around the league — and the sports world in general — was stunning. The speech — and Durant’s homage to his mother — was so powerful that Queen Latifah made a movie called The Real MVP: The Wanda Durant Story.

Durant said about his mom “We wasn’t supposed to be here. You made us believe. You kept us off the street. You put clothes on our backs, food on the table. When you didn’t eat, you made sure we ate, you went to sleep hungry. You sacrificed for us. You the real MVP.” Giannis’s speech may produce a film too — an incredible story of his rise from the streets of Greece to NBA prominence, aided by his devoted family.