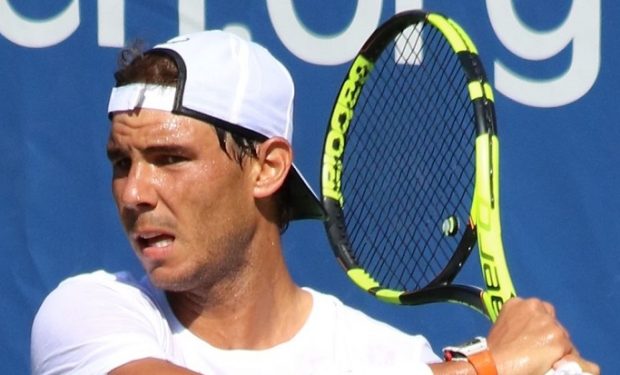 Just days before leaving for Rome to compete in the 2019 Italian Open, reigning men’s singles champion Rafa Nadal, 32, received a giant book in the mail. It’s not any old book. It’s the 17th copy of the limited edition book honoring the recently retired 40-year-old NBA basketball superstar Dirk Nowitzki, who played for the Dallas Mavericks. Only 41 copies of the book, made by Nike, were printed. (Nowitzki’s jersey number on the Dallas Mavericks was 41.)

Congrats to #TheMaverick, #dirknowitzki on an amazing career. Honored to receive book #17 of #41 commemorating his legacy. #JustDoIt 🎾🏀

Nike’s advertising agency Wieden + Kennedy in Amsterdam actually created the book. The agency says they gave Dirk a copy and 41 limited edition versions for him to give to “people that have played a role in his career.” Don’t worry, you can look at it too. It’s on the Nike app, and Wieden + Kennedy turned the book into an online film which is narrated by one of Dirk’s best friends, NBA legend and 2x NBA MVP Steve Nash. See/listen below.