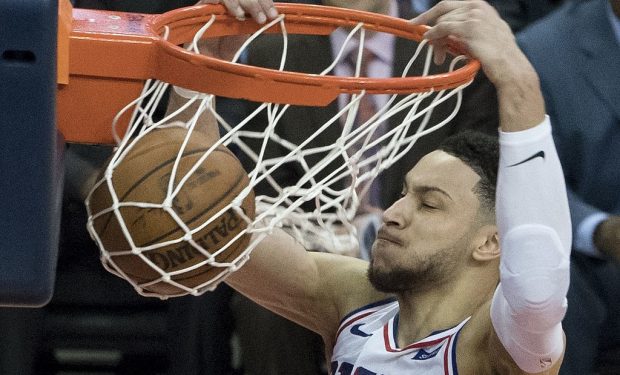 As an NBA All-Star and a recent NBA Rookie of the Year, 76ers point guard Ben Simmons might be expected to find himself in an unfamiliar place. But unlike most twentysomethings playing in the NBA, Simmons is in very familiar territory. He’s being coached by basketball lifer Brett Brown, a protege of San Antonio Spurs coach Gregg Popovich, who has coached all over the place. The strange part? Ben Simmons has known his professional coach since the day young guard was born. Huh?

Yup, that’s because 76ers head coach Brett Brown used to coach David Simmons, who happens to be Ben’s dad. He also happens to be an American-Australian hoop star who played 13 seasons in the Australian National Basketball League, winning a title with the Melbourne Tigers, who retired his number — 25. (That’s the number Ben wears, not coincidentally.) Before joining the Spurs, Brett Brown coached in Australia for a decade. He even returned to coach in Sydney before returning again to the Spurs for a decade in San Antonio.

Brown’s job was thought to be in possible peril after the Sixers loss to the Raptors, so Simmons was asked about his relationship with the coach. Simmons: “He coached my dad. I’ve known him since I was born. I have a great relationship [with him] off the court, on the court. He helped me get to a place in my game where I’ve got a lot of confidence… I’ve got a lot of love for Coach Brown.”