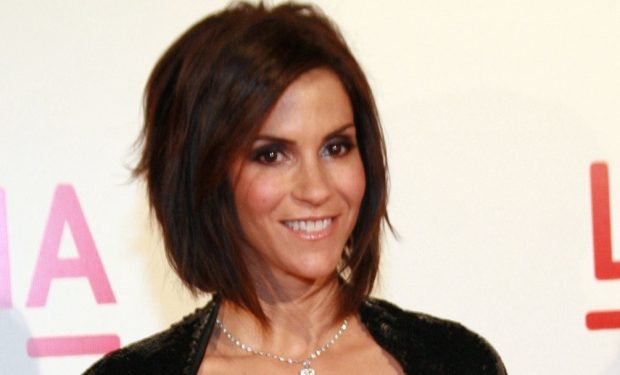 NBA legend Patrick Ewing will be on hand representing the New York Knicks in the 2019 NBA draft lottery. Former NBA stars Horace Grant and Alonzo Mourning will join him, repping the Chicago Bulls and Atlanta Hawks, respectively. Those guys have made careers out of demanding attention and often a double team from opposing defenses. But forget about double teams and consider double takes — the person most likely to get more of those during the Draft Lottery is gorgeous actress Jami Gertz. She’ll be representing the Atlanta Hawks — because she’s part owner of the team. She’ll be there representing the Hawks ownership group. Gertz and her husband Antony Ressler also own part of the Milwaukee Brewers in Major League Baseball.

It’s not the first time Gertz will be “fighting the odds” at the NBA draft table — she represented the Hawks in 2018 too. Last year Gertz wore a lucky red ribbon attached to her bra — which she generously showed to fans while she was getting her hair and makeup done — see video below. (Top that, Patrick Ewing.) Gertz said the bra ribbon “wards off the evil mojo and only gives me the best mojo.”

Gertz will have to do even more this year. The Hawks got the third pick last year — though they traded it for the fifth pick and grabbed Trae Young out of Oklahoma. The bra ribbon was pretty successful as Young had a strong rookie year. But what do you wear on your bra to get the #1 pick? That’s Gertz’s challenge.