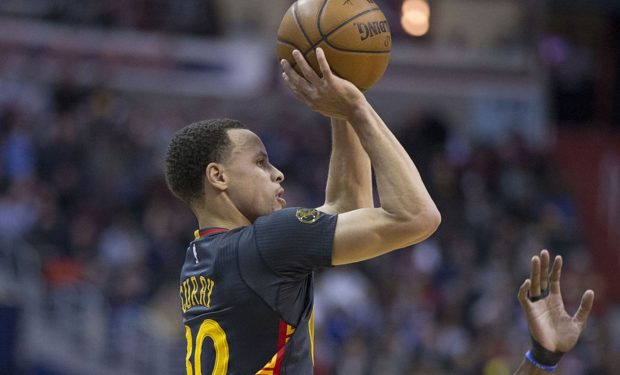 Steph Curry didn’t have to resort to cliche and say something like team matters more than individual accolades. That’s because Curry is so good at these interviews by now he can indicate this without saying it. So Curry was asked — because the media has to do its job — how special it was for him to set the all-time playoff 3-point makes record, especially since he’s still in his prime and so young.

And here’s where Curry is so good at communicating team first, without having to hit us in the head. Curry: “I mean in terms of playoff records and things like that obviously it helps if you’re playing a lot of playoff games and having an opportunity to go after those type of things…” Boom. Avoid cliche, but still say in effect that man I got this record because my team has won three out of the last four titles which means that, dude, I have played a LOT of playoff games because my team is — did I mention? — my team is really really good.

Then knowing how the people hunger for more, Curry continues without being pushed, and gives some humble thanks: “But to be in the same category and to pass a guy like Ray Allen and all the iconic moments he’s had in playoff games and finals games and all that type of stuff, you know, is pretty surreal. I’m always honored and grateful for those opportunities. I always joke I always shoot a lot of threes I better make a lot of them.”