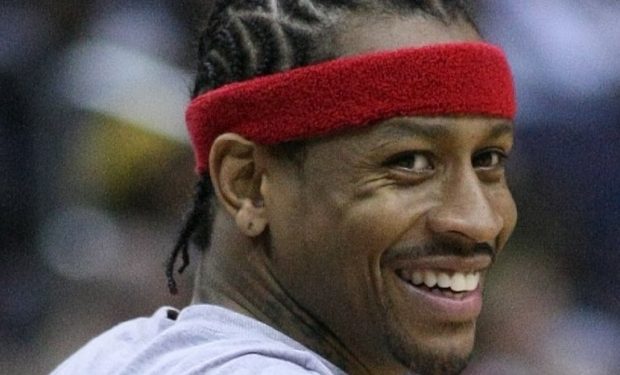 Widely hailed as the most prolific and unstoppable little man to ever play the game, NBA legend Allen Iverson will turn 44 in June. Iverson’s 14 years in the NBA included 4 scoring titles and the 2001 NBA MVP Award — but even those accomplishments don’t begin to tell the entire Iverson story. A game-changer in every way, Iverson brought a “my way” attitude to the NBA and became an international icon. He stepped over Ty Lue and crossed up Michael Jordan and left the NBA shaking its head trying to figure ways to guard him. No player ever played harder, testified none other than 5x champion Kobe Bryant.

When Iverson came into the league, Reebok knew a game changer was on the horizon and signed the lightning-quick guard to a handsome endorsement contract. Iverson fulfilled his endorsement potential right away, winning the NBA Rookie of the Year Award. Reebok eventually faded a bit from the basketball sneaker limelight, losing ground to Nike, but Iverson stayed with them, re-signing after his MVP win — and for 32 million very good reasons.

[Iverson, the movie — his insane story]

Though not as rich as later shoe deals for superstars like Steph Curry‘s enormous Under Armour deal or the LeBron James and Kevin Durant Nike deals, Iverson’s contract contains a very appealing provision for a young man who liked to spend his money. Iverson’s Reebok deal not only paid him at least $1 million a year for life, it also included a giant kicker he’d receive at age 55. The kicker means that in 2030, when he turns the double nickel, Iverson will receive a $32 million payday, according to Bloomberg. Expect Iverson’s 55th birthday party to be a rager, with his pal Shaquille O’Neal dj’ing.