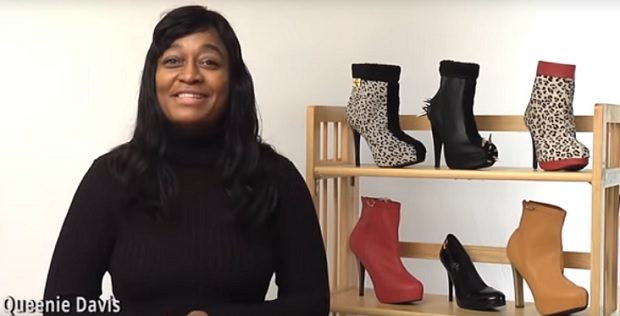 Queenie Davis and her partner Andrew Goodrum pitched their product Boot Illusions on Shark Tank in 2012. It’s a product that lets you go from a shoe to a boot or a boot to a shoe “just like that.” It’s a cover that slides over the heel of a shoe, transforming it into a boot. On the show, they made a deal with Barbara Corcoran — $100,000 for 55 percent equity — but the deal didn’t go through. As Davis said, “We weren’t quite as far along in the business as Barbara had hoped.” Since then, the Boot Illusions website has been turned off.

It’s not surprising Barbara Corcoran was the Shark that Boot Illusions appealed to most. Corcoran has always loved the promise of magic transformations — she qualifies as one herself. One of ten children from a loving family in Edgewater, NJ, Corcoran went from being told in school that she was nothing special to #1 in the notoriously competitive New York City real estate market. She sold the business she founded, The Corcoran Group, for millions. After that, turning a shoe into a boot is no great trick. But Corcoran didn’t rise to the top without being exacting and demanding. Boot Illusions, by Davis’ own admission, wasn’t quite transformative enough to meet her standard.