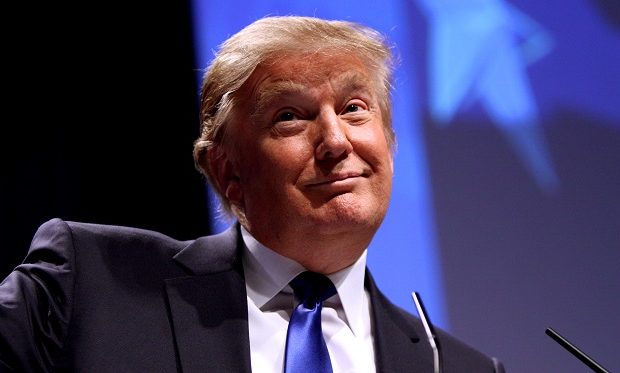 Even as a triumphant President-elect, Donald Trump can’t help tossing verbal abuse at one of his old enemies, Vanity Fair editor Graydon Carter. Carter, along with public radio personality Kurt Andersen, tagged Trump with the enduring description “short-fingered vulgarian” back in the 1980s when the two ran the now defunct Spy magazine. Even 30 years later Trump still occasionally holds up his hands and describes them as large — defending himself against Carter’s taunt. But Trump, who is a branding and image master, should really be thankful to Carter and Anderson. They taught him a technique that he never forgot and that has served him unimaginably well — the power of repetition.

Has anyone looked at the really poor numbers of @VanityFair Magazine. Way down, big trouble, dead! Graydon Carter, no talent, will be out!

Because when they ran Spy, Carter and Anderson never used Trump’s name without the prefix “short-fingered vulgarian.” Never. They repeated it every time, until “short-fingered vulgarian” and “Donald Trump” were inextricably linked like peanut butter and jelly. Trump has used the technique ever since, and once he got hold of Twitter it became his most ferocious weapon of disinformation. Just ask “Crooked Hillary” or “Lyin’ Ted Cruz.” Trump learned from Spy that if you repeat something often enough it becomes a brand name, a meme, and a reality for many people even if it’s not true. Graydon Carter taught Donald Trump that. It’s a common emough practice — every deli in New York is a “gourmet deli” on the sign and nearly every apartment building has “luxury apartments” — but Trump has taken repetitive empty characterization to new levels. Way back when, Graydon Carter fingered the wrong guy.