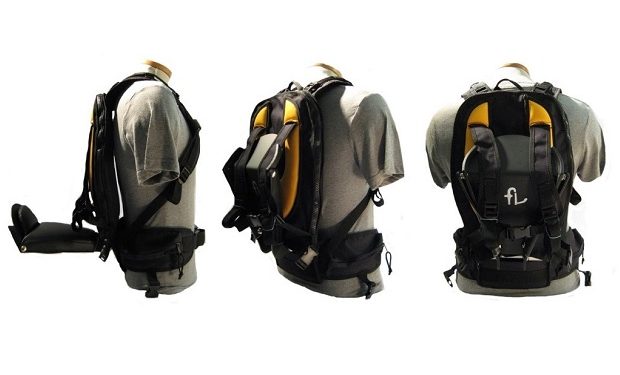 Firefighting dads Erick Jansen and Nathan Jones of Austin, Texas pitched the Freeloader on Shark Tank in 2013. They describe it as “a child carrier, baby backpack and hiking carrier in one.” A Freeloader can carry a child up to 80 pounds. On Shark Tank, they asked for $200,000 for 15 percent equity in the company. Lori Greiner said she was concerned about liability and safety issues. Mark Cuban and Kevin O’Leary thought it was too early for an investment. Robert Herjavec made them an offer of $200k for 33 percent which the firefighters accepted.

[Left: Phil & Ted’s makes a similar kid carrier which is available on Amazon for $140]

After Shark Tank, Jansen and Jones pulled out of the deal, deciding that 33 percent was too much to give away. The Freeloader is available in three different colors, sundown (yellow), midnight (gray), and coral reef (blue). Each is sold for $279.