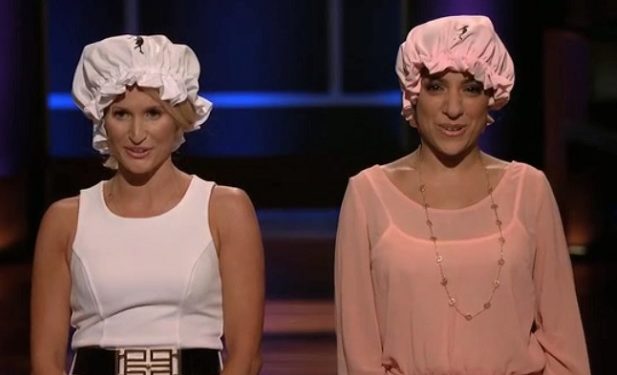 Two attractive women named Juli Deveau and Ozma Khan pitched their product, the Kookn’ Kap, on Shark Tank in 2013. Kookn’ Kap is a cap designed to be worn while cooking, so the smell of food doesn’t get into the chef’s hair, and the chef’s hair doesn’t get into the food. When they put the caps on during their pitch, they claim the caps are chic, which is debatable. And then Barbara Corcoran mentions that the caps are labeled flammable. They’re not, the entrepreneurs explain, it’s just that the labels were mislabeled. As Robert Herjavec says, “Not good.”

The Kookn’ Kap website is no longer up. According to LinkedIn, Juli kept her job as a campus recruiter for Deloitte. And Ozma is a pharma rep for AbbVie Pharmaceuticals. [Related: 27 Favorite ‘Shark Tank’ Products at Amazon — New List]