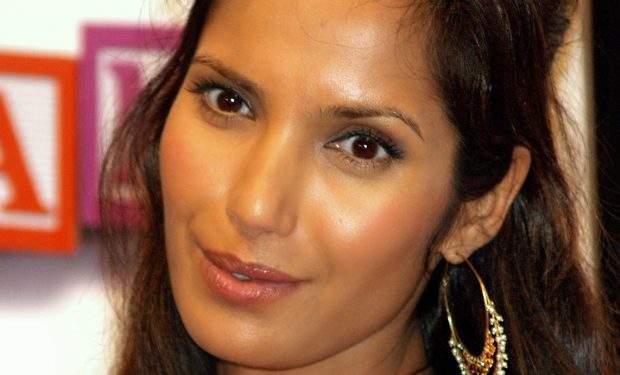 There are a lot of reasons — including a sort of masochistic pleasure — to take the One Chip Challenge and eat the tongue-stinging Pacqui 2022 Carolina Reaper Chip made with “the hottest peppers on the planet.” (It’s a combination of Carolina Reaper Pepper and Scorpion Pepper with a “shocking twist,” the company says.)

Walker, a Donald Trump-backed candidate, is in a Senate-majority-defining run-off for the seat.

Lakshmi, it seems, would prefer that her tongue, not the planet, get roasted — so she’s volunteering for the pain in order to promote the candidacy of Reverend Raphael Warnock, Walker’s opponent. [Note: Walker’s ideas on the seriousness of climate danger have been questioned. He has said “don’t we already have enough trees?”]

Donate at https://t.co/jxK4Xwb7I3 to help hit our goal of $100k for grassroots teams on the ground! #ChipInForGA pic.twitter.com/9cFFRoOFtx

To give an idea of the heat she’ll experience, Lakshmi puts on surgical gloves before she touches the chips.

“The last thing I want to do is eat this chip,” Lakshmi says. “I am doing it because I really want Raphael Warnock to kick Hershel Walker’s ass. They told me that if I eat this chip it’ll raise $100,000.” Soon others will join her, Lakshmi promises, and eat the chip to also, like her, “suffer for democracy.”